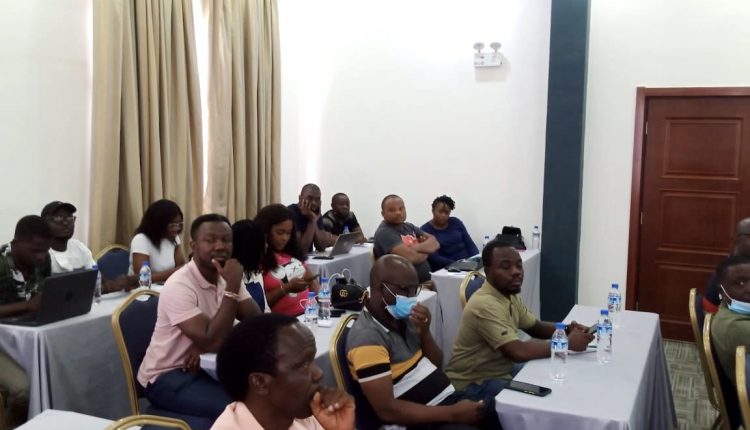 A two Day Payment Transition Management Retreat bringing together over thirty payroll technicians and analysts from the Civil Service Agency (CSA) and the Ministry of Finance and Development Planning (MFDP), was held over the weekend, October 8 to 9, 2021.

The Strategic Retreat aimed at brainstorming on more effective and timely management of the Payroll System of Government amidst the perceived procedural challenges also had in impactful attendance senior officials of both the CSA and MFDP.

The architect of the commendable Retreat, Hon. Onikeh Smythe-Jackson, Deputy Director-General for Human Resource Management and Policy, CSA, said in her overview statement, ‘having had repeated meetings with stakeholders of the Payroll, concerns birthed from those discussions, saw the need for such forum. “With the thought that those directly involved with the process could come together in speaking out those bottlenecks, and together come up with needful procedural resolutions”. The CSA Deputy Director-General thereby cautioned participants to attach keen importance and attention to the discussions by discussing the way forward in serving the Liberian people and making the payroll more effective.

Buttressing the vitality of the Retreat, the CSA Boss, Director-General James A. Thompson set the pace by saying, “My work is to protect Civil Servants right; so we are to make sure every Civil Servant is protected; this is why it good that the CSA and MFDP keep having this working relationship. Because we have a lot of issues that we need to resolve”. In furtherance, Hon. Thompson said, paying people is probably the simplest problem, but the decisions that lead to the people being paid are the most difficult, and the best way forward for both the CSA and MFDP is to have a coordinated position on all of the technical issues because while his Charge, the CSA manages the Human Resource aspects of Civil Servants, the MFDP is there to give the CSA financial guidance and support to help make the right decisions in providing answers to all of the payroll issues. “There is a need to control over the size of the wage bill; which is a tough challenge due to the needs everywhere, with this appetite to employ people. Those two coming together, we have to make tough decisions. The Government could take all of the money it generates to pay salaries, but there would be other equally important priorities undone. On top of all of that, Government sees it befitting to rightfully pay staff per their positions; and that is why such a Retreat is welcoming”, Hon. Thompson stressed.

As the essence of the Retreat was never overemphasized, an Executive Director from the MFDP, Mr. Del Francis Wreh, asserted that the forum is very important, and working with payroll is one of the most difficult jobs. After all, it directly affects half of the Country’s population – considering the estimated number of employees on the Government’s payroll, which adds the pressure of making sure that the payroll is processed on time is the key objective. As such, there is always a need to recalibrate on changing the strategies to make the policy work.

Mr. Roland Kallon, Director for Payroll at the CSA, supported by Mr. Johnny Kortee, MFDP, IT Senior Analyst, presented item by item on the classified payroll management and processing procedures for an exclusive revision and discussion by the participating Analysts and Technicians with expert inputs from the Deputy Finance and Development Planning Minister for Fiscal Affairs – Dr. Samora Wolokollie; the Comptroller and Accountant General, Atty. Janga A. Kowo; Hon. James A. Thompson and the Principal Administrative Officer at the CSA, Mr. Alfred Drosaye, was the core intent of the Retreat.

At the close of the Retreat, Minister Samora Wolokollie, who was highly impressed with the level and fruitfulness from the exchanges of knowledge, committed MFDP full support in such endeavors and advised that such a retreat should be repeated.

Also, in his parting comments and in agreement to the Minister’s impression, CAG – Kowo recommended that the organizers at similar and subsequent Retreat need to invite other institutions such as the General Audit Commission (GAC), Internal Audit Agency (IAA), and National Social Security and Corporation (NASSCORP).

With the level of professional and expert exchanges exhibited throughout the Retreat coupled with participants overwhelmingly giving thumbs up to organizers for such an insightful forum, it is, without doubt, the two Days GoL Payroll Transition Management – Strategic Retreat was a Success!

A Group Photo at the Payroll Retreat

“Even Public Sector Is required to provide top-notch Service Delivery”…