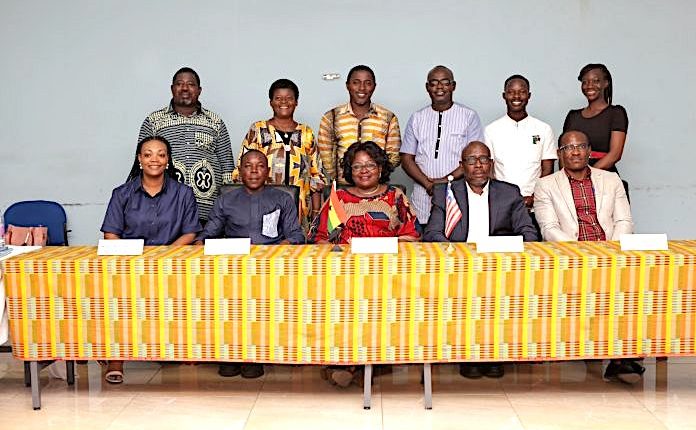 A four-member delegation led by Mr. James A. Thompson, the Director-General of the Civil Service Agency (CSA) in Liberia, paid a visit to the Civil Service Training Center (CSTC) in Ghana to strengthen the alliance between the two countries.

The working visit, which was organized by Emerging Public Leaders (EPL) and its sister organization known as the President’s Young Professionals Program of Liberia (PYPP),  was hosted by Mrs. Dora Dei-Tumi, the Principal of the Civil Service Training Center in Ghana.

“We greatly value the decades-long partnership with the Civil Service Agency of Liberia and honored to facilitate cross-border learning with the OHCS and CSTC,” she added.

The meeting highlighted the collaborative efforts of the Emerging Public Leaders and the President’s Young Professional Program over the years with each other and their respective government partners.

The partnership, which is expanding across the continent, supports young people by placing them in civil service and developing them into ethical leaders ready to drive change in their communities and country.

The delegation is made up of Alfred Drosaye, Principal Administrative Officer of the CSA; Charlesetta Harris-Peters, Director for General Administration and Finance of the CSA and Hh Zaizay, Executive Director of PYPP.

The Emerging Public Leaders program was launched in 2018 with a vision to empower the next generation of civil service professionals who think critically and act ethically. This strategic fellowship empowers young people by providing mentorship opportunities for young people to drive change as they learn from the experiences of the older generation in leadership positions.

The President’s Young Professional Program was launched in 2009 by President Ellen Johnson. The 2-year fellowship was a solution to bridge the Civil service and leadership gap of Liberia. Currently, the program has seen over 120 young people who continue to be transformative leaders in the Government of Liberia.