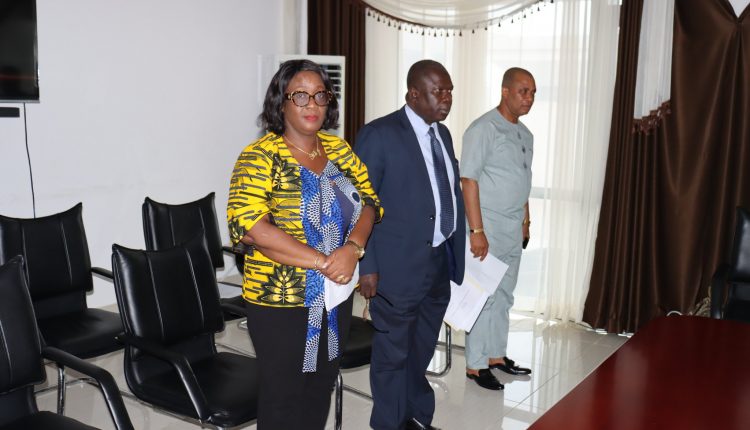 Deputy Director-General for Human Resource Management & Policy, Civil Service Agency (CSA), Hon. Onikeh Smythe-Jackson delivered an inspiring Message when selected Civil Servants from the Ministry of Labor were honored by their Ministry for their exemplary record of Attendance and Performance.

Hon. Smythe-Jackson was thrilled by the thoughtfulness of the Ministry’s Human Resource Director – Rev. Grace Martin-Nyanway, and the level of acceptance and attention given by Minister Cllr. Charles H. Gibson and his Deputy for Administration Atty. Yvette A. Freeman called on other Ministries, Agencies, and Commissions of Government to emulate this rewarding and motivating example.

Subsequently, she appreciated the Honorees for putting in their respective best even amid relative challenges. Encouraging them to keep doing their best at all times, Madam Jackson admonished all those not on the list of honors to follow the examples of the honorees.

In his speech, Cllr. Charles B. Gibson, the host Minister, lauded the Human Resource Director for such brilliant and far-sightedness. He also instructed the Director for HR to continue such Recognition and Honoring Exercise on a semi-annual basis and to expand the list of honorees from ten (10) to twenty-five (25) with a cash prize and assorted food items in December 2022 as instructed by the Minister.

The Minister of Labor’s Boss said, many times before or during working hours, you would see staff standing in front of the Ministry having a private conversation when they should be in their various offices working. Hopefully, by recognizing and honoring those who have been diligent in their job, those in the constant practice of such behavior would end such unproductive and unprofessional behavior.

In appreciation of the Recognition and Honor, a few Honorees who spoke on behalf of their fellow Honorees were quick to point out that such Exercise was the first of its kind at the Ministry and are delighted to be appreciated for the work they do.

Coupled with the Certification of Recognition, the Minister instructed that a cash prize should be given to each Honoree.